Joe was born in Toronto, and moved to Innisfil with his family at the age of 4.  Joe played on many team sports throughout his school years, excelling at both track and soccer. He went to  OFSAA for both sports throughout his high school athletic career.  Joe graduated from St. Peter's as an Ontario Scholar and received the Millenium Scholarship.

Joe departed for Sudbury to study Biochemistry at Laurentian University and he graduated with a  Honours Bachelor of Science Degree in Biochemistry.  During Joe's years in Sudbury, he played soccer and continued to coach in Innisfil during the summers.

Being an avid athlete, Joe sustained a hip injury which became persistently painful and when the hip injury started to affect his game a friend referred him to  a Chiropractor.  After just 3 treatments,  Joe was able to return to soccer and had found a new passion for his future career.  Joe set forth to  accomplish his goal of becoming a member of the profession that had helped him so much.

Joe headed to Toronto to attend Canadian Memorial Chiropractic College and went on to graduate  with a Doctor of Chiropractic Degree. Upon his graduation, he and his wife moved back to his home town and and is happy to have returned to be a chiropractor in Innisfil.

In his free time Joe both plays and coaches soccer with the Innisfil Soccer Club.  Aside from "football", Joe is very much a sports fanatic  as there is no sport that Joe doesn't enjoy either watching, playing or discussing. 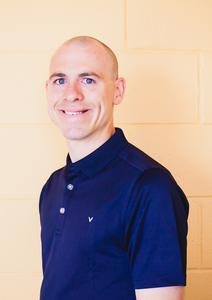