.As the youngest of six children in a military family,  Cassandra's early years were spent living in many different cities and towns throughout Ontario and Quebec before settling in the Barrie area.  Cassandra attended high school at Bear Creek Secondary School and graduated with Honours as an Ontario Scholar.

Cassandra has always enjoyed sports.  She was on football and rugby teams and was also a ski racer with Snow Valley  throughout her high school years.  Cassandra is still an avid soccer player with the Innisfil Soccer Club.

Cassandra headed to Toronto to attend the Canadian Memorial Chiropractic College.  She went on to graduate with a Doctor of Chiropractic Degree and is happy to have returned to be a chiropractor in Innisfil.

When Cassandra is not treating patients she can be found playing soccer, stand up paddle boarding, or playing with her dog,  Gryffin. 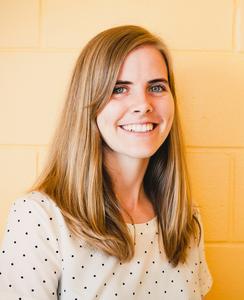